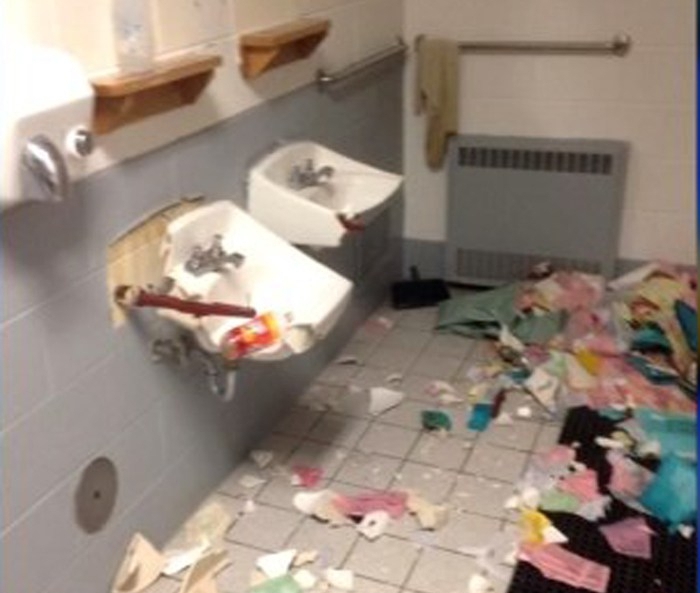 “The everyday activity of slaves reproduces slavery. Through their daily activities, slaves do not merely reproduce themselves and their masters physically; they also reproduce the instruments with which the master represses them, and their own habits of submission to the master’s authority.” – Fredy Perlman, “The Reproduction of Daily Life” (1969)

Not since the 1980s, when the state of Michigan simultaneously ratcheted up “tough on crime” laws and eliminated good time credits have Michigan’s prisons seethed with so much discontent and been so overcrowded.

Underfunded and understaffed, the Michigan Department of Corrections (MDOC) is struggling to provide housing, food, medical care, let alone programming, for approximately 43,000 prisoners, within a $2.1 billion per year budget that has not changed significantly in more than a decade despite multiple prison closures and the privatization of medical care, food service and commissary.

Moreover, the MDOC’s budget is unlikely to increase in the future due to the massive tax cuts of over $2 billion made by Gov. Rick Snyder – a giveaway to the big corporations that continue to move their manufacturing operations out of the state, if not the country, eliminating decent paying jobs which, in turn, causes at least a dozen families a day to pack up and leave this “right-to-work-for-less” state, the only state in the country experiencing a steady decline in population.

Couple this with the giant transnational banks’ looting of city and public school system budgets through forced bankruptcy procedures under the aegis of Gov. Snyder’s “financial managers,” as has occurred in Detroit, Flint and Benton Harbor, all predominantly Black cities, with the attendant crumbling of infrastructure statewide, such as roads and water systems, and Michigan is facing a financial disaster of epic proportions.

The reality is that it will take over $2 billion alone to repair Flint’s water system, which was destroyed when Gov. Snyder’s financial manager decided to save a few millions by disconnecting from Detroit’s water system and pumping water from the GM-polluted Flint River into people’s homes in an act that can easily be construed as a form of genocide against Flint’s majority Black population. That is $2 billion that will not be available to MDOC.

This year, after decades of passivity, Michigan prisoners are finally rising up and actively resisting their oppression – the inevitable “chickens coming home to roost” in a prison system that operates as a human warehouse, offering few programming opportunities (none for lifers), whether teaching job skills or rehabilitation, and slave wages of $.84 to $1.14 per day for the limited jobs available. These slave wages have not increased in decades, but have decreased, as both food service and Michigan State Industries (MSI) workers had their performance bonuses taken, while the quantity and quality of food served in the chow hall declined precipitously and commissary prices skyrocketed due to privatization.

This combination of overcrowding, slave wages, high commissary prices, nutritionally deficient food – e.g., less than a cup of fresh vegetables a day, when USDA guidelines recommend 2 1/2 cups – lack of programming and poor medical care is nothing less than a recipe for disaster.

On Sept. 9, the 45th anniversary of the Attica State Prison rebellion, prisoners at Kinross answered the call for a nationwide prisoner labor strike and refused to work, primarily in the kitchen, where most of the slave jobs are. This writer does not know if there were similar strikes at other Michigan prisons this date, but it’s a start. News reports indicate there were prisoner strikes in Alabama, California, Florida, Illinois, Indiana, Michigan and New York. No doubt there were more unreported.

The administration’s response at Kinross CF was to serve cold bag meals, consisting of sandwiches and a piece of fruit. Most of these were prepared in the kitchen of nearby Chippewa CF by prisoners who did not strike. If they had, this strike action would have been crippling.

After a day of eating bag meals, 400 prisoners went out on the yard on the 10th to demand the hot meals required by policy and peacefully marched in protest. The MDOC, however, chose to mobilize several hundred correction officers and state police from across Michigan to suppress this peaceful demonstration.  They ordered the prisoners to return to their units, which they did, peacefully. Unfortunately, these officers picked out 150 so-called “agitators” for immediate pack-up and transfer and, it seems, all hell broke loose, rendering two out of eight units uninhabitable, with sinks smashed, fires set and a window broken, according to an MDOC spokesperson.

MDOC spokespersons had initially and repeatedly stated the Kinross CF prisoner labor strike and subsequent demonstration on the yard were peaceful, while corrections officer “union” spokespersons stated it was a violent riot from the beginning, as reported by CBS 9 and 10 News and other local media. The truth is much more likely that the officers rioted, as they do in prisons what they do on the streets. In sum, they instigated a peaceful protest to turn into a violent one. Fortunately, no one was hurt, at least, according to the reports.

So what’s next for Michigan’s prisoners? Probably more of the same until the MDOC provides decent housing, food, medical care, programming and wages to prisoners. The first step should be to end the near 200 percent over-capacity operation of its prisons.

Both Kinross and Chippewa CFs consist of four polebarns, containing 320 men each in two units, eight men to a four-man cube, with only 10 square feet of unencumbered floor space for each man. Even U.S. Department of Agriculture rules require a minimum of 25.1 square feet for apes weighing over 55 pounds (see 55 FR 6426-6505, 9 CFR 380(b)(2)(i)(n.4). With eight men in cubes built for four and two men in cells built for one, there are double the number of men using the yards, day rooms, chow halls, bathrooms, showers etc. than these facilities were designed for.

Michigan’s women prisoners have it even worse. Crammed into overcrowded prisons, underfed, denied proper medical care and programming while subject to rising commissary prices and declining wages, paying almost nothing in the first place, or as more commonly know – slavery – no wonder Michigan prisoners are finally rising up!

This article was also published in the San Francisco Bay View. You can read it online here.